Here at Indie Squid Towers, we’ve been hotly anticipating the new album from Martha Gunn ever since it was announced back in April. Well, my rather beautiful coloured vinyl has just arrived so it’s time to kick back, put needle to wax and listen to the album in all of its glory.

Over the last few months the band have drip-fed us several of the tracks to give us a taste of what to expect, and straight away the familiar tones of Undone are filling the music room with its sharp, clean synths and beats, heartfelt vocals from Abi taking centre stage around the almost minimal percussion and rhythms to great effect. This is followed up by Caught Up And Confused with its fuller sound and delightful hooks which are sure to be crowd-pleasers live.

Songs like Giving in, Lost in The Moment and It’s Over have a real Haim feel about them, and as that is no bad thing – the fusion of indie rock and pop with heartfelt sentiments are extremely relatable. Percussion is always clean and dynamic with a fantastic sense of pace and drama that serves to empower Abi’s vocals with additional tension while sparkly, chiming guitars and big, driving bass add depth and texture throughout.

We don’t just have the big, crowd-pleasing tracks we also have slower tracks written from the heart like Raising Hell which start slowly with soft, understated keys and a more mournful, haunting vocal that slowly builds momentum and energy as Abi sings ‘I’m so tired of loving you…’ with everything becoming more confident and self-assured as the guitar and bass wrap themselves around the vocals with subtlety and skill.

I Had To Let Go is another slower, more melancholy song but is no less powerful for it. indeed is a welcome change of pace from the tight pop rhythms as the track takes on a searching, personal, and restrained feel – ebbing and flowing like a summer’s tide at sunset as Abi sings about making the decision to let go of the past for a new beginning.

Martha Gunn successfully blends styles and genres with Holding The Fire taking on a more 80s feel with its synth-heavy beats and bright rhythms balance well with the sharp and sophisticated vocals while the bass anchors the whole track and pulls it all together in a way reminiscent of Fleetwood Mac.

See You Again is another song packed with conflicting emotions, trading in the big rhythms and hooks for a softer, more heartfelt approach. The band masterfully give the vocals room to breathe With some simple, yet mesmerising guitar weaving its way around the keyboards through the track, with everything being bought to a brief crescendo before reaching its conclusion with a sense of reflective sadness.

And just when you feel you’ve had enough heartache, the album is bought to a close with The Nights Are Long as Abi sings ‘the nights are long when you’re not here…’ with some beautiful keys serving the backdrop for some powerful percussion and guitar that is pitched perfectly to tug at those heartstrings, while closing your eyes allows you to get enveloped by Abi’s voice as she sings her turbulent story of love and loss.

With their debut album, Martha Gunn takes us on a roller coaster ride of emotions that’s masterfully written, based on their own experiences, and yet relatable enough to allow yourself to sink into the songs and identify with them, aligning them to your own life. 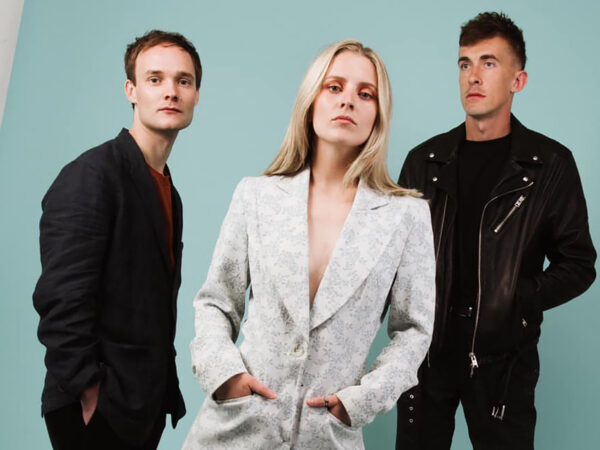